Home / News and Archive / Income Based Health Disparities in Ireland and the OECD. 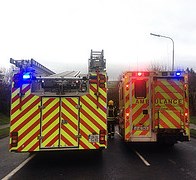 The following extract (Page 21) is taken from the recently published White Paper on Universal Health Insurance,

“In Ireland the relative difference between the percentage reporting “very bad” health in the highest and lowest income quintiles is greater than for any other EU country, i.e. the disparities in health status are greater.”

However recent OECD health data paints a different picture. The percentage of people in the lowest income quintile reporting good health in Ireland is the second highest out of 31 OECD countries. Moreover the gap in self-reported health status between the highest and lowest income quintiles in Ireland is comparatively small1. It is interesting to note thatthe gap between the health of rich and poor in Ireland is lower than the Netherlands which is often cited by Irish policymakers as a successful model of healthcare. Ireland also has a higher percentage of poor people reporting good health (78.7%) compared to the Netherlands (67.2%). Data is presented in Table 1.

It is important to note that looking at the raw data on self-reported health is insufficient to arrive at robust conclusions about how equitable a health system is. People in lower socioeconomic groups typically have higher morbidity rates for factors which may not directly relate to the fairness of the health system. For example there may be increased morbidity in lower socio-economic groups due to differences in living habits such as alcohol, tobacco, salt consumption and exercise (Mackenbach, 2006).

It is beyond the scope of this policy note to investigate these issues fully. However there are studies that assess the extent to which adults in equal need of health care have equal access to health care (this is referred to as horizontal health equity). Van Doorslaer and Masseria (2004) find that pro-rich inequity in medical specialist consultations is prevalent across OECD countries and is particularly large in Ireland, Portugal and Finland. Ireland also ranks quite poorly when it comes to equitable access to dental care (3rd worst out of 18 countries). On the other hand GP care typically displays a pro-poor distribution in most countries. Devaux and Looper (2012) update the study by Van Doorslaer and Masseria (2004) using more recent data and find the results are broadly similar showing the same inequities in health persist over time.

Interpreting self-reported health data can be problematic and may lead to conflicting viewpoints depending on the measures used. However, the studies mentioned above provide a more in-depth analysis on health equity and Van Doorslaer and Masseria (2004) suggest that improvements are needed in health equity in Ireland especially in relation to medical specialist consultations.

Notes:
1 The absolute difference in the percentage of people reporting good health in high and low income quintiles is low in Ireland (as shown in Table 1). One reaches the same conclusion by examining the relative difference between groups