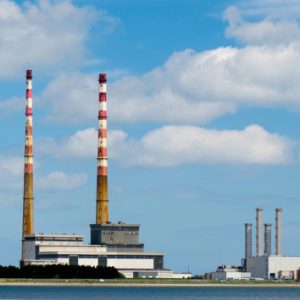 Environmental taxes are seen as one of the least distortionary taxes. Ireland’s taxes on pollution and resources are one third of the EU average. There may be scope to address this issue by decreasing direct taxes on labour and increasing taxes on pollution.

Over the period 2013 to 2015, carbon tax revenue has increased by 8%, Public Service Obligation (PSO) levy by 117%, VRT by 53%, and motor tax fell by 1%. The energy tax which increased revenue the most in 2015 over the previous year was the PSO levy; increasing 35% (€86m). In terms of transport taxes, VRT revenue increased by 23% (€130m) over the same period reflecting a 30% increase in car sales. Pollution and resources revenue has declined by 21% in 2015 over 2014 (see table 1) as consumers change their behaviour to avoid the plastic bag levy and the landfill levy. The third tax under pollution relates to fisheries protection which accounts for 2.5% of the total tax yield.

Ireland’s taxes on pollution and resources made up 1.2% of total environmental taxation. This is the seventh lowest in the EU 28 and one third of the EU 28 average of 3.6%. Taxes on pollution include taxes on greenhouse gas emissions, effluents to water, and waste management. Taxes on resources include water abstraction and extraction of raw materials. Figure 2 illustrates the wide range in the share of pollution and resource taxes across the EU.

Ireland’s non-emission trading scheme (non-ETS) greenhouse gas (GHG) emissions are projected to exceed annual EU binding limits every year up to 2020. Agriculture and transport are expected to account for 47% and 29% of non-ETS GHG emissions by 2020 respectively. Addressing this challenge may require further environmental taxation to discourage GHG emission production.