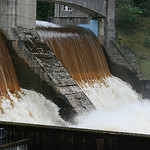 This note sets out data on the level of domestic water charges in Europe.

Given the variety of pricing structures in place across Europe, it is difficult to get a good uniform measure of water pricing. Any approach to compare water pricing is going to be imperfect given the variety of pricing schemes in place. The approach taken in the Global Water Intelligence Report 2011 is to take the costs based on fixed costs and a consumption of 15, 000 litres per person per month (500 litres per person per day) and then divide by 15 to give a price per 1,000 litres. These costs also include wastewater costs.

The average price of water across many European Cities varies from €0.40 up to €5.75 per 1,000 litres. Within countries huge variation can be seen. In Sweden, for example, citizens in Malmo pay just €1.03 while those in Gothenberg pay €4.19 per 1000 litres.

Of the 65 western European cities reported on who charge for water (Dublin, Cork and Belfast being the only ones who do not) only one city (Glasgow) has a decreasing price structure, i.e. the more water you use the less you pay per litre. This can be thought of like a bulk buying discount. 20 cities (mainly located in Greece, Spain, Portugal and Italy) have increasing pricing, so the more you use the more you pay per litre. The remaining 44 cities (Germany, France and UK) have linear charging schemes, so you pay the same price per litre regardless of how much you are using.

The average price in the 65 Cities that charge for water in Western Europe is €1.91 per 1,000 litre (again based on charges for 15,000 litres of consumption and fixed charges in a month and then dividing by 15).

Even within these three main groups there are a variety of mechanisms for charging people for water. Many counties have a block pricing structure i.e. the first 500 litres are charged at a low price or free, then each subsequent block of water is more costly. It is also noticeable that those that charge on an increasing scale (mainly Mediterranean countries) tend to charge lesson average (€1.25) compared to those who charge in a linear fashion (€2.20), i.e. you pay the same rate for each litre of water.

According to the Census 2011 there are 1.39m households connected to the public mains or in a local authority group scheme. Those in private group water schemes will not be charged for their water supply, however some may be charged for discharging waste water into the public system.

The current costs of providing water and maintaining the current infrastructure are about €1.23bn per year. €221m per year is collected from charging firms for water (despite low collection rates) leaving exchequer funding of just over €1bn. The EU/IMF Programme contains a commitment that water services “will become substantially self-funded over time”.

Regardless of which way this balance is struck an average of €360 would be required from each household to collect €500 million. If the full €1bn of costs were to be recouped, the household charge would be €720 on average. However, costs should fall over time as scale economies are realized.

1 See “Water for Poor People : Lessons from France and Belgium” by Dr Henri Smets for an alternative to a free water allowance for all.