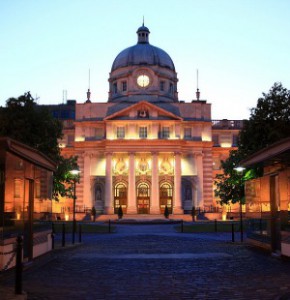 The introduction of residential property tax and water charges are positive improvements to the structure of Government revenue. Both have many positive features. As the economy recovers there may be scope for some tax reductions over the next few years. Government should set out a programme for tax reform in the next Budget which would retain these elements and set out areas in which tax relief facilitated by these new taxes and charges will be applied.

Most environmental economists are in favour of charging businesses and households on the basis of how much pollution they emit, or how much of a scarce resource they use.  They are in favour of it for two reasons; it means that we are encouraged to automatically conserve rather than to destroy, and secondly, we can use the revenues generated to reduce other taxes, including taxes on labour, that destroy jobs. This combination of outcomes is sometimes called the ‘double dividend’, and the policy is called ‘tax neutrality.’  And it was what the Commission on Taxation – which first met in March 2008, and whose report was published in September 2009 – recommended when it proposed a carbon tax1. But the economic tide went out, the government faced bankruptcy, and reducing other taxes by an equivalent amount (tax neutrality) was off the agenda.

The same logic applied to the introduction of property taxes, and water charges. The property tax is eminently sensible for a few reasons, not least because it is an income stream that stays relatively stable when other revenues fall, it is less damaging to jobs than a tax on employment, and it also taxes the only form of wealth that cannot easily be transferred to another jurisdiction. And the case for joining the rest of the developed world and charging for water partly based on use is also compelling. But convincing the public that new taxes and charges are a good idea at a time when many are experiencing falling incomes is almost impossible.

Over the next few years economic growth may provide additional resources to Government which would allow some increases in public spending and tax reductions. If this is the case, we should use the opportunity to help convince tax payers that the above changes we have so painfully enacted in terms of the tax base should be retained.  It would be useful to set out the direction of tax policy over the next few years as resources allow. The following principles should apply:

It is impossible of course to reduce taxes so that everyone who is paying the new taxes and charges is fully compensated. But a broad effort to make the connection is important. It will help secure the progress we have already made, and make a contribution to avoiding another economic crash.

1 “It is our general view that the revenue raised through the measures we propose should be used to reduce the tax burden in other areas so that the reform is tax neutral overall”. Commission on Taxation 2009, p3.