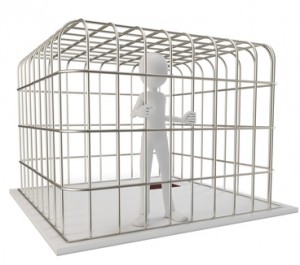 Two welfare traps have been identified that could potentially lead to a financial disincentive to work. I discuss these traps in the context of on-going welfare reform.

Most of the evidence suggests that the majority of those in receipt of welfare would be better off in employment (see Evidence on the Incentive to Work for a brief description of research in this area). This does not mean that welfare traps do not exist. The Citizens Information Board, in their Social Policy Quarterly Report January-March 2013, have highlighted particular areas of our welfare system that may be acting as welfare traps, in that the benefits received from remaining on welfare exceed the income that can be earned through entering the workforce.

The Social Policy Quarterly Report is an aggregation of feedback received by local Citizens Information Services and the national Citizens Information Phone Service, meaning the issues raised are views held by users of the welfare system. Issues regularly raised in these reports include information inadequacies, restrictive barriers and processing delays. The report for the first quarter of this year has raised some controversy as it relays concern regarding potential welfare traps.

Those in full-time employment – which is regarded as working 30 hours or more per week – are deemed ineligible for any Rent Supplement, regardless of how much income they earn from that employment. This could dissuade someone from moving into full-time employment, if by doing so they would not earn as much as they receive from Rent Supplement. Citing an example from the Dublin City Centre Citizens Information Service, the report writes:

Person is working part-time and claiming Jobseeker’s Allowance (JA) and Rent Supplement (RS). He has been offered more hours in work but it would take him to 33 hours a week; he would lose both the JA (as working more than three days per week) and the RS (as working more than 29 hours). Even with a FIS payment, the extra hours will leave him with €70 a week less than if working fewer hours.

Rent Supplement is paid to over 90,000 recipients, although the number of people who would be worse off in full-time employment because of the 30-hour rule is likely to be much smaller.

Under the current eligibility rules, those in part-time or casual employment can avail of Jobseeker’s payments so long as they work less than three days a week. This can lead to an anomalous situation whereby two individuals earning the same amount of income, working the same amount of hours a week can have different entitlements if one of them works three days or less and the other has their hours spread out over four days or more.

The following example comes from the Citizens Information Service in Meath:

This man works three days per week at four hours per day for €180. He claims JA for himself, his spouse and four children. He has been offered an extra day, but this would render him ineligible for JA… His only option therefore is to refuse the extra day and thereby risk losing the job altogether, or for his spouse to apply for JA, which is not practical as she has small children and cannot see how she can be available for work.

There were, as of the end of May this year, 87,943 part-time or casual workers in receipt of Jobseeker’s payments, or one-fifth of those on the Live Register.

It is not obvious why eligibility for Rent Supplement is linked to the numbers of hours worked, rather than being solely related to income. This flaw in the design of Rent Supplement has been recognised for some time, and reforms are underway to replace Rent Supplement with a Housing Assistance Payment, whereby the recipient’s rent will be determined by their ability to pay. This will remove the anomaly created by the 30-hour rule.

In terms of the disincentive for part-time or casual workers to take up extra hours that could take them beyond the three-day threshold, basing Jobseeker’s payments for part-time workers on days worked confers no apparent advantages over a system based on hours worked. The eligibility criteria were of less importance in the past when part-time jobs made up a smaller fraction of available work. But the labour force has changed, and much of the increase in employment that has occurred in recent months has been part-time work, so that they now comprise 25% of all jobs at this time.