Home / News and Archive / Absenteeism In The HSE 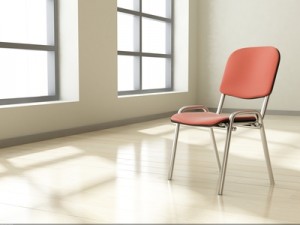 High rates of absenteeism in the HSE often attract significant media and political attention due to the associated costs to the taxpayer. In addition to a substantial sick-pay bill, absenteeism may lead to increases in agency and overtime costs as replacements are found for sick and absent workers. This sentiment was expounded in 2012 by Health Minister James Reilly who claimed that the high expenditure on agency staff in the HSE is largely attributable to high levels of absenteeism.

In this note I examine the relationship between absenteeism and agency/overtime costs in the forty largest (in terms of annual budget) acute hospitals in Ireland. I quantify the potential saving in agency and overtime costs associated with bringing absenteeism rates in line with the HSE target of 3.5 percent. The forty hospitals in the dataset spent a total of €313 million in agency and overtime in 2012. A cursory analysis of the data suggests this figure can be reduced by €36 million if the underperforming hospitals bring their absenteeism rates under control.

Figure 1: Agency/Overtime and Absenteeism in the HSE

Paul Redmond is a researcher for publicpolicy.ie. More information on Paul can be found on his personal webpage: www.paulredmond.org

2 The INMO reject Minister Reilly’s claims that agency costs are caused by absenteeism. For an overview of this discussion see here.

3  This is achieved if the total amount spent on agency and overtime in the 32 underperforming hospitals is reduced from the current figure of 10.3 percent to 8.8 percent of the total pay budget. The figure of 8.8 percent is the predicted spending on agency and overtime associated with a 3.5% rate of absenteeism (as per the fitted regression line in Figure 1). It is also worth noting that total spending on agency/overtime is 8.6% of total wages in the eight top performing hospitals.

4 Agency and overtime spending in the 32 underperforming hospitals in 2012 was €248 million..