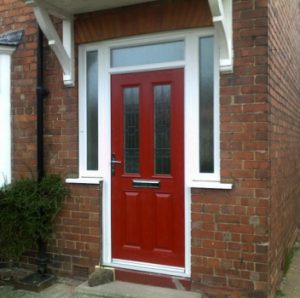 The main categories in need of social housing in Dublin are single person households, those living in private rented accommodation and the unemployed.

There were 91,600 qualified applicants for social housing support in Ireland in September, 2016. This is less than five per cent of households. The largest share (39%) of those who qualified was found in the four Dublin local authorities (35,572). This is equivalent to 6.7% of the housing stock in Dublin (533,213). Dublin City Council has the highest share relative to its stock of housing at 8.2%. It is the second highest in the state after Galway City at 9.6%.

We have analysed the figures available for the four Dublin local authorities. The majority of qualified applicants in Dublin (43%) are single person households (15,239). See figure 1 for a further breakdown.

20,575 (58%) of main applicants for social housing in Dublin are unemployed and in receipt of social welfare. The second highest share of applicants (22%) are employed (7,761), followed by the 12 per cent of applicants reliant on one-parent family support (4,177). See figure 2.

Current Tenure and Basis of Need

The current housing tenure of applicants in Dublin is dominated by those who are renting in the private sector (61.4%). Circa one-in-three (34.9%) rent with the support of rent supplement. See table 1.

Figure 3 shows the aggregate breakdown of the basis of need for social housing support in the four Dublin local authorities1 .

Reliance on rent supplement2 is the most prominent basis of need for qualified applicants in Dublin at 39.8% (14,151). One-in-four (25.2%) cite unsuitable, overcrowded or unfit accommodation (8,970), and close to one-in-five (18.2%) require separate accommodation (6,482). Those categorised as reliant on an ‘institution, emergency accommodation or hostel’ account for 11.3% (4,011). Those with disabilities and exceptional medical needs account for 1,848 applicants (5.2%).

What Type of Accommodation is Required ?

1 There are 13 categories for basis of need in the Social Housing Assessment.

2 Those in receipt of Housing Assistance Payment (HAP) are removed from the local authority’s housing list. People can apply for a transfer from HAP to another form of social housing within two weeks of receiving a letter confirming their HAP payment. Previous time spent on the housing list will be taken into account if a person applies for a transfer within this time frame.