Home / News and Archive / One-Fifth of Households Have Little Work 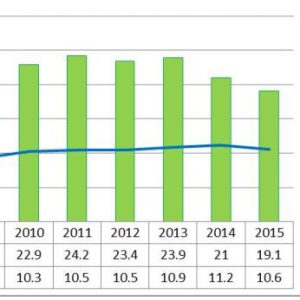 Very Low Work Intensity (VLWI) measures people aged 0-59 years old living in households where the adults (those aged 18-591 ) worked less than 20 per cent of their total work potential during the past year 2.

How does Ireland compare to the rest of the EU?

Ireland has the highest share of children (those under 18 years old) living in VLWI households in the EU at 19.7%. This rate is more than twice the EU average (9.3%). See figure 2.

1 Students between 18 and 24 years old are excluded from this measure.

2 The work intensity indicator does not take account of illness, disability or caring duties within the home.

2 O’Rorke, G. (July, 2016)  ‘Characteristics and implications of the level of household joblessness in Ireland’