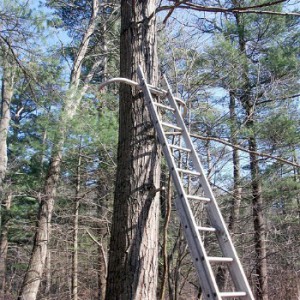 In his opinion column on 29 September Fintan O’Toole asserts that the claim that Ireland’s tax system is the most progressive is “not true at all. It is, literally not even a half-truth”. Fintan’s view that “The whole claim to having the most progressive tax system depends on ignoring the highly regressive nature of indirect taxes” is not borne out by the facts.

The claim that VAT is a highly regressive tax rests on the fact that for the people in the lowest 10 per cent of the income distribution (the bottom income decile), VAT expressed as a percentage of income is extremely high. The main reason for this is that in the bottom decile in Ireland, expenditure is almost double recorded income (186%). At the bottom of the reported income distribution , there is evidence that expenditure captures living standards better due mainly to underreporting of income.

People in the top decile pay 30 per cent of their gross income in direct tax1 so their disposable income is 70 % of their gross income . Since VAT paid is related to expenditure, a proportional VAT will by definition be regressive as a percentage of income. This impact is mitigated in Ireland (uniquely in the EU with the exception of Malta and the UK) where food which accounts for a sizeable part of the expenditure of low income people is zero rated for VAT. For example, Finland charges 14 % and Denmark charges 25 % on food – so our VAT system is more progressive than other countries.

It is important that a significant share of taxation is raised in a progressive income tax to offset any regressive effect of other taxes. Ireland raises 33% of taxes in income tax compared with 29 % in Finland.

Fintan focuses almost exclusively on VAT in order to make his point about the regressive nature of our tax system. In looking at distributional impacts, it is important not to focus on individual taxes (or Exchequer expenditures for that matter) but on the overall impact and redistributive effect of taxes and social transfers (mainly through the social welfare system). Ireland has the most efficient tax and welfare system in the developed country in transferring net income from better off to poorer people.

Our income tax is highly progressive. In addition property taxes increase the progressivity of the system as not all Irish households own property2 . Ireland raises over 7 % of total taxes in taxes on property compared with 2.8 % in Finland.

Excise taxes account for 10.6 % of total taxation in Ireland and 11 % in Finland.
Excises are among the most regressive taxes particularly in the case of tobacco. In Ireland the people in the bottom decile spend absolutely more on tobacco than those in the top decile. Reducing tax on tobacco would be the single most effective tax change to increase the progressivity of the system. However, incidence of smoking and smoking related diseases is higher among poorer people. Successive governments have decided (rightly in my view) that the health argument that higher excise duties discourage smoking is more important.

The evidence suggests that the total tax system in Ireland is among the most progressive in the OECD.