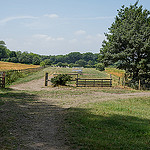 GDP per capita provides a measure of the total economic activity in a region. GDP per capita expressed in terms of Purchasing Power Standards enables comparisons be made of levels of economic activity between different sized economies, regardless of their price levels. This note highlights the countries and regions with a similar level of productivity to Ireland, the BMW Region, the S&E Region, and Northern Ireland. We use GNP as the baseline for Ireland so as to give a more realistic comparison.

In Ireland there are two regions; the Border, Midland and Western Region (BMW) and the Southern and Eastern Region (S&E).

The BMW Region covers 47% of the landmass of the country and includes 27% of the population and comprises the following 13 counties:

The S&E Region is the larger of the two designated regions and covers 53% of the total landmass of the country. The region includes the capital, Dublin, and the three other main cities of the Republic; Cork, Limerick and Waterford. Like the BMW Region, the S&E Region also consists of 13 counties as follows:

The Eurostat report used GDP per capita adjusted for PPS to compare regions. We use GNP for Ireland as opposed to GDP.. Due to the high net factor outflows leaving the country (arising from the large multi-national sector), GNP gives a better indicator of our position2.

The EU countries and regions that are in-line with Ireland when GNP is used as the base for Ireland are displayed in graphs 1, 2 and 3 below.

2 International Comparisons of Taxation and Public Spending and GNP-GDP.