Home / Environment / News and Archive / The Cost Of Green Electricity 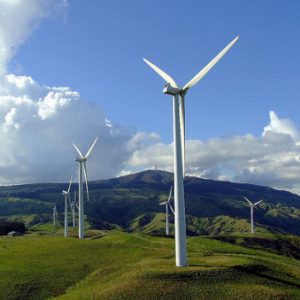 The Public Service Obligation (PSO) levy was introduced in 2003 to support the generation of renewable electricity, peat power plants and security of supply power plants. The levy is charged to all electricity customers in Ireland. It is used to contribute to the additional costs incurred by PSO-supported electricity generation companies which are not recovered in the market.

The cost of supporting renewables through the PSO levy continues to increase in line with the increase in generation from renewables. Of the 3,567 MW due to be supported in 2017/18, 93 per cent is renewables (3,317 MW) and 7 per cent is peat (250 MW).

(Source: CER)* Note: the levy was set to zero from 2007 – 2009 as the level of costs to be recovered relative to administrative costs of collection was too onerous.

* The information in this note was updated following the publication of the final PSO Levy decision by the Commission for Energy Regulation on 28 July 2017.

1 As the PSO Levy for each year is based on estimated costs and forecast market revenues, there is also an adjustment made when the full actual costs and revenues are known. This adjustment is known as the “R-factor”.