Home / News and Archive / Property / The Benefit From Tracker Mortgages 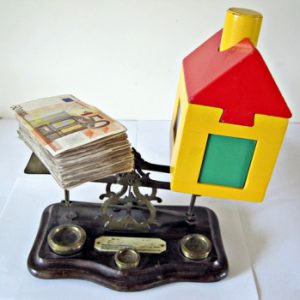 Tracker Mortgages are worth almost €1.2 billion in lower interest charges compared to loans at the standard variable rate.

Total outstanding Private Dwelling House (PDH) purchase credit for private dwellings amounted to €86.2bn, Buy to Let (BTL) loans were €19.6bn and holiday and second home loans were €0.9bn at the end of 20161.

The average interest rates on mortgages outstanding in the first quarter of 2017 were as follows:

At the end of 2016 the percentage distribution of loans by type was as follows:

The percentage of mortgage cases in arrears of more than 90 days is as follows:

1 These figures refer to the total outstanding stock of credit for house purchase to domestic resident households by resident credit institutions.

2 A tracker mortgage is a variable rate mortgage where the interest on the loan is linked to the European Central Bank rate by a fixed differential. Trackers began to be issued in Ireland around 2002 and virtually all mortgages issued in the period 2004 to 2007 were trackers.