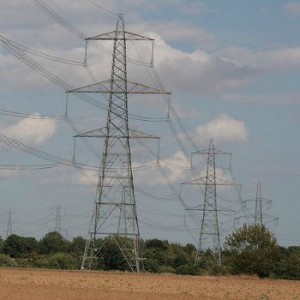 The Public Service Obligation (PSO) levy entered into force on 1st January 2003. The levy, which yields over €300 million, is used to subsidise renewable energy generation, peat-burning power stations, and to ensure security of energy supply. This note provides an overview of the PSO levy.

What is the PSO levy?

As noted above, the PSO levy is a levy charged to all electricity customers in Ireland since 2003 to subsidise certain forms of electricity production. The revenue collected through the levy is used to support the national energy policy of the Government; namely renewable energy, indigenous fuels (peat) and the security of energy supply . The Commission for Energy Regulation (CER) calculate the PSO levy.

.
Since 2009, the PSO levy year runs from 1st October to the 30th September. The PSO levy is calculated on the basis of the Maximum Import Capacity (MIC). The capacity is measured in kilovolt-amps (kVA). The levy is applied as a multiplier of the MIC and not on the basis of electricity consumption. This charging mechanism has been criticised by respondents to the CER’s consultations on the annual PSO levy. Some have argued that medium/large customers be levied at the same fixed level up to 29kVA and only on a per kVA basis thereafter on the balance. For example, a business with a MIC of 30 pays an annual levy of €1,026 compared to one with a MIC of 29 which pays €222; more than four times less. Similarly, the flat nature of the charge to domestic customers is criticised as it is unrelated to energy consumption.
.
Only the Government can amend the legislation which requires the CER to determine the PSO levy, in each customer category, on the basis of kVA of the Maximum Import Capacity (MIC) for large customers and a fixed amount for other customer categories.

Figures related to the current PSO levy from October 2014 to September 2015 are shown in table 1 below.

The total PSO levy for the current year is €335.4 million. Peat power stations will receive the most from the levy (35.5%), followed by security of supply (31.2%), and renewables (28.1%). Other costs (which include administration) amount to 5.1% of total revenue. The cost of the levy is influenced by market-related revenues which result in both upward and downward pressures on the levy. For example, if wholesale prices are projected to fall in the coming year this puts upward pressure on the PSO levy to compensate producers.

Since the introduction of the PSO levy in 2003, the levy has decreased twice (2006 and 2011). The levy has accumulated revenue between 2003 and 2014 of circa €1.2 billion. From 2007 and 2009 the PSO levy was set to zero, as the market conditions were such that electricity generation from peat was competitive with gas-fired power plants without any levy support being necessary.

On the 12 June 2015, the CER published the proposed decision on the PSO levy for 2015/16. The paper proposes a PSO levy of €304.8 million for the next levy period from 1st October 2015 to 30th September 2016. This is approximately 9% lower than the current levy. Observations or comments on the proposed decision were due by 3 July.

Domestic electricity customers currently pay €64.37 (€73.06 including VAT) per year for the PSO Levy. The CER is proposing that the annual amount charged to domestic customers should be reduced to €56.52 (€64.15 including VAT) per year from 1 October 2015 – a reduction of 12%. However, this may change up to the final decision date of 1 August, based on the wholesale market price which can change in line with fuel/carbon prices. The proposed allocation of the levy for 2015/16 and the percentage change from the current levy are shown in table 2.

(Source: CER)
Upward pressure on the PSO levy is being caused by lower wholesale prices, lower capacity payments and more renewables. The downward pressure on the levy centres on the ending of PSO contracts with three power stations over a period of three to six months3, which accounts for a reduction of €38 million in the levy. Other downward pressure items include the R-Factor reducing by €5.3 million4 , and an electric Ireland repayment of €12.94 million.

The price of the PSO levy varies by category of customer. There are three categories; namely, the domestic customer, the small commercial customer (<30kVA), and the medium and large customer (≥30kVA). The apportionment model used by the CER is calculated using data from the ESRI’s economic commentaries.

(Source: CER * Figures in brackets denote the annual charge for ≥30kVA. Note that the levy was suspended from 2007 to 2009, and that 2015 figures are proposed figures)

1 Security of supply: power plants at Aughinish and Tynagh fall within this category. The PSO they have received since 2003 was instigated to “secure additional capacity to meet an anticipated generation capacity shortfall in 2005” according to the CER (CER, 2015: 16).

2 Two power stations are supported by the PSO levy under this category; Aughinish Alumina and Tynagh. The proposed levy support for each plant for 2015/16 is €6.3m and €29.8m respectively. The contracts for Aughinish and Tynagh will end on the 31 March 2016 and 31 January 2016 respectively.

3 The three power plants are at Tynagh, Aughinish and Edenderry.

4 The r-factor calculates the difference “between the PSO levy that was set ex-ante for a period to recover allowed costs and the actual PSO levy due (in retrospect) given audited relevant PSO plant costs, out-turn SMP, out-turn capacity payments received and out-turn generation levels for the PSO plant (i.e. market-related revenues)” (CER, 2015: 16).