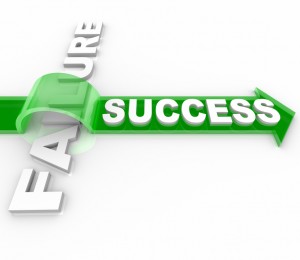 Failure to implement EU Directives correctly and in time leads to significant costs. The most recent illustration of this is the Waterford Crystal pensions case. We need to put a process in place to ensure that the transposition of Directives is done competently and in time.

The former workers in Waterford Crystal won a very important case about their pension entitlements in the European Court of Justice (25 April, 2013)

The European Court held that in Case C 398/11 that “as soon as the judgment in Robins and Others was delivered, namely on 25 January 2007, the Member States were informed that correct transposition of Article 8 of Directive 2008/94 on the protection of employees in the event of the insolvency of their employer requires an employee to receive, in the event of the insolvency of his employer, at least half of the old-age benefits arising out of the accrued pension rights for which he has paid contributions under a supplementary occupational pension scheme.”.

The deficit in the Waterford pension fund is about €110 million and the case now goes back to the Irish High Court to set the compensation that the employees should receive. No doubt many other pensioners whose schemes are also insolvent will join the queue to sue the State. The taxpayer (and not the companies involved) will have either to fund or otherwise establish a financial assistance scheme covering most of an employee’s expected pension in certain insolvency situations. The ultimate costs may be very substantial.

The reason the State lost the case was because it had not transposed an EC Directive into Irish law. The following questions arise. How did this happen ?, why ?, who is responsible ? and what do we need to do to prevent episodes like this happening again ?.

There is a serious problem here with the transposition of EU Directives . (Transposition means turning EU Directives into Irish law so that EU law becomes Irish law) The pension case is not the only case which Ireland has lost because of failing to transpose directives. In the environmental area with which I am familiar, the State has lost a large number of cases which it should never have lost if somebody had bothered to draft the transposing legislation or ensure that it was compliant with EU requirements1.

We are one of the few EU Member States fined for not transposing waste law properly and we have paid daily fines for not doing so2. Academics and distinguished practitioners who have written about failures of transposition or NGOs who have complained about it in administrative tribunals have been ignored,sup>3. Even when Directives are transposed, the transposition is often inadequate and inept. In Ireland we sometimes try to “improve on” the EU version using different words and phrases to the original version, or we change the logical order of the EU version or add to it not understanding the full implications of what we are doing. Doing this can make the transposing regulations illegal and expose the State to more legal costs and damages. Look what recently happened to the Providence Resources project for exploring in the Irish Sea4 . A €1 billion project was grounded because of a failure to transpose a single sentence in the EIA Directive properly! Those who suffer from bad transposition have a right to sue the State for their consequential losses5 .

The Civil Service is still wedded to the outdated managerial culture which marginalizes specialist expertise. This applied as regards economics expertise, and the costs of indulging this gap have proved to be huge. But at least an attempt to address the lack of economic expertise has been made by the establishment of the Government Economics Service. Nothing has been done to improve the situation with respect to legal expertise. The Department of the Environment has only one lawyer for the entire department. Its equivalent in the UK has over 100.

Drafting legislation is often very complex. Drafting good legislation requires a wide range of specialist skills as well as a thorough knowledge of EU law and the area of law impacted by it and a capacity to envisage potential difficulties in how it will be applied and interpreted. Words in legislation may have meanings ascribed to them by Interpretation Acts, other Acts, and Court decisions in Ireland, England, and the European Court of Justice or elsewhere. Phrases may have already been interpreted by Courts here and abroad. These special meanings may be known to lawyers (or lawyers have the skills to find them) but they are not known to individuals without a legal training.

Law has a professional language which lawyers use. They have to be trained in how to interpret legislation. It is estimated that it takes 9000 hours work experience in an area before a trained lawyer becomes expert in it. In legislative drafting, apparently insignificant things may be very significant. The placing of commas may be crucial. It is said that Roger Casement was “hanged on a comma” when the English Court interpreted legislation by reference to the position of a comma. Given therefore that drafting legislation is a very complex matter requiring specialist skills, it should not be left to generalists. That is precisely what happens a great deal of the time in Ireland.

Every year hundreds of pieces of legislation are enacted. Many of these transpose EU Directives. Transposing even one EU Directive could involve amending numerous (reportedly over 60 in one case) pieces of existing legislation. The person drafting the legislation needs to appreciate any consequential implications of amending one section in an Act. Most legislation is not consolidated when it is amended so that the person trying to turn EU law into Irish law may have to spend days assembling and cutting and pasting pieces of legislation until they have something which might resemble a coherent text of the existing legislation. Practicing lawyers have also to do these legislative jig saw puzzles at huge costs to their clients. Most of the costs in the environmental area are in finding out what legislation applies, something which takes minutes in other EU countries.

What Should We Do ?

We need to take a page out of the economists’ book, and ensure that the relevant legal and associated drafting skills are in house and mobilized to ensure that EU legislation is properly transposed in a timely fashion. In particular:

This investment will increase costs but the savings in terms of efficient regulation, having to compensate those who suffer from bad transposition, avoided litigation, delay, fines and Court challenges will be very significant.

2 For example, in C-374/11, European Commission v. Ireland, 19 December 2012  Ireland was fined €2 million plus €12,000 per day for each day the failure to transpose continues for failure to bring in an adequate and timely regime of septic tank inspections, and €1.5 million because of a breach of other EU rules regarding environmental assessment impacts.

4 See Irish Times 12 February 2013  and rte news  reporting Providence Resources’s surrender of a foreshore licence because it became clear that elements of an EU directive on environmental impact assessment (EIA) “were not transposed correctly in 1999 by the Irish Government.”

5 Commission v Ireland, Case 398/11 at para 48 “Individuals harmed have a right to reparation against a Member State where three conditions are met: the rule of European Union law infringed must be intended to confer rights on them; the breach of that rule must be sufficiently serious; and there must be a direct causal link between the breach and the loss or damage sustained by the individuals (Case C 445/06 Danske Slagterier [2009] ECR I 2119, paragraph 20, and Case C 568/08 Combinatie Spijker Infrabouw-De Jonge Konstruktie and Others [2010] ECR I 12655, paragraph 87 and the case law cited.”