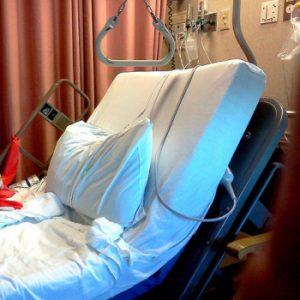 Legislation before the Oireachtas provides that age-related levies on health insurance premia will be paid for ten years only.

What is Lifetime Community Rating?

The Health Insurance Authority (HIA) was requested by the Department of Health to carry out a review of LCR in 2017. If younger people delay joining the private health insurance market, the average age profile of the market increases resulting in higher average claims per insured life. This may result in insurers increasing premium rates resulting in the cancellation of policies by younger healthier lives thereby further increasing average claims costs.

Table 1 sets out the change in in-patient insured lives by age group from 1 January 2015 to 1 January 2017 of the open membership undertakings. New customers were mostly under age 50, improving the age profile of the market.

Table 1 shows 8.1 per cent growth (152,400) in the number of persons with private health insurance between January 2015 and January 2017. The second largest absolute increase in the age cohorts shown was among those aged 40 – 49 years, which increased by 32,700 or 11.1 per cent to over 326,000 persons. These increases are likely to have been impacted by the introduction of LCR levies.

The Society of Actuaries in Ireland, in its submission to the review of LCR, proposed reducing the lifetime level of LCR to a maximum of twenty years. The Society found, that the scale of the net cost appears to be punitive for many age groups affected by LCR – e.g. over 8 times the year one premium for all new entrants aged 44 and over. The Health Insurance Authority (HIA) has recommended that LRC loadings should be payable for either a maximum of ten years, as is currently the case in Australia, or for twenty years as recommended by the Society of Actuaries in Ireland. The current lifetime application of loadings is deemed to be overly punitive on affected consumers as it may act as a disincentive to private health insurance cover, which then increases premium costs and claims. The loading particularly affects older people who come to Ireland after living abroad. The Health Insurance (Amendment) Bill, 2017 now before the Oireachtas provides that the loading will apply for ten years only2 .

1  The maximum loading that can apply is 70% of the gross premium in the event of a person aged 69 or older purchasing inpatient private health insurance for the first time.