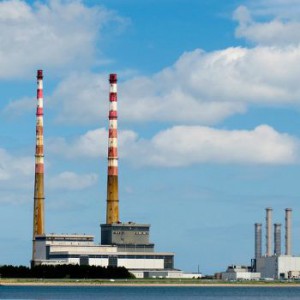 The OECD ‘Taxing Energy Use 2015’ report compares the taxes on energy operating in 41 countries1 . Ireland’s energy taxes are shown to be relatively high, and above the OECD average2 . These energy taxes allowed us to avoid further increasing taxes on labour; such taxes would have damaged economic performance and slowed recovery. They also contribute towards meeting our greenhouse gas emissions reduction obligations under EU law. This note examines the key findings from the report published in June 2015.

The OECD converts statutory tax rates into effective tax rates per unit of energy and per unit of carbon dioxide (CO2). It is found that taxes on energy use across the 41 countries are relatively low relative to the environmental costs of energy use.

The taxation of energy use is a primary method employed by Government to curtail energy use deemed detrimental to the environment, and conversely to stimulate energy use deemed environmentally sustainable. However, the OECD finds that energy taxes are poorly aligned with the negative side effects of energy use.
Under the heading of taxing energy use, the OECD considers four sectors, namely transport, heating and process3 , electricity generation, and total economy. The average effective tax rates on energy use are calculated based on euro per Gigajoule (GJ) of energy consumed. Table 1 below shows the rankings for Ireland relative to the OECD average in relation to taxing energy use, and the average price per GJ of energy use.

(Source: OECD (2015) Taxing Energy Use)
The transport sector in Ireland has the 10th highest level of taxation in the OECD for energy use . It is almost a third higher (31%) than the OECD average at €15.1 per Gigajoule (GJ). Ireland has the highest taxes in the heating and process sector, with a price of €2.6 per GJ . The countries with the highest heating and process sector energy taxes are shown in figure 1.

The OECD average effective tax rate for heating and process is €1.9. Ireland is circa 37% above the OECD average in this category of energy taxes. Conversely, electricity generation has a relatively low tax burden in Ireland (ranked 20th) with an average tax rate of €0.2 per GJ. The Netherlands has the highest average tax on electricity generation (€6.4), followed by Denmark (€6.1), and Austria (€2.6). The average rate among the 34 OECD countries is €0.9. Therefore, energy used in electricity generation in Ireland has approximately a fifth (22%) of the tax burden of the OECD average.
As shown in figure 2 below, the total economy average rate of energy tax in Ireland is the fifth highest in the OECD, at €5.4 per GJ. Luxembourg has the highest total economy tax rate (€6.6), followed by Denmark (€6.3), Switzerland (€6.1), and the Netherlands (€5.9). The OECD average is €3.3 per GJ. Therefore, Ireland’s average rate is circa 64% higher than the average OECD figure.

Ireland’s effective tax rate on energy use is above the OECD average across transport, heating and process, and total economy. It is below the OECD average in the electricity generation sector of energy use. Taxes on CO2 emissions in Ireland rank within the top ten countries for the highest tax burden per tonne of CO2 on energy use. The heating and process sector is taxed significantly higher than the OECD average (twice as much). These taxes have made an important contribution to keeping other taxes lower. Alternative taxes such as higher income tax or PRSI could have impeded job creation.

1 The 41 countries are the 34 OECD countries and seven selected partner economies (G20 economies) (Argentina, Brazil, China, India, Indonesia, Russia, and South Africa). The energy use figures all relate to the year 2009.
2 It is important to note that the “OECD average” refers to the OECD 34 countries in this note.
3 Heating and process includes energy used for industrial production and energy transformation, as well as energy used for commercial and residential heating.