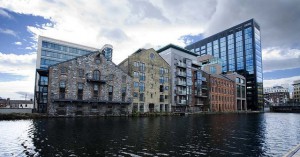 Given recent controversy about the amount of tax paid by certain multinational companies with Irish operations, the results are surprising. The report shows that the effective tax rate paid by an Irish company is 12.3 per cent while the average in the EU/EFTA is 12.9 per cent. Of the 32 countries in the EU/EFTA Ireland’s rank is 16th.

Belgium, Luxembourg, Switzerland and France are all under 10 per cent.

The average headline rate of corporation tax in the EU is 20.6 per cent compared to 12.5 per cent in Ireland.

The results compute the tax that a medium-sized, domestically owned company must pay in a given year. Standard assumptions are made to ensure international comparability.

Critics may say that this analysis has no relevance for large multinational companies.

CSO National Accounts Data (NIE 2012 Table 1) shows profits and earnings of companies and self-employed earnings for 2011 at €47,355 million.
The latest Revenue estimate of the earnings (total income) of self-employed individuals is €6147 million (2010).

If we deduct this from the national accounts aggregate we get a figure of €41,208 million.

The data suggest that Ireland’s low rate of corporation tax is levied on a wider base than many other countries and that the relative effective rate in Ireland is much higher than might be expected from looking solely at nominal rates.

1 Paying Taxes is a report prepared by Pricewaterhouse Coopers with the World Bank and International Finance Corporation which compares tax regimes across 189 economies worldwide.