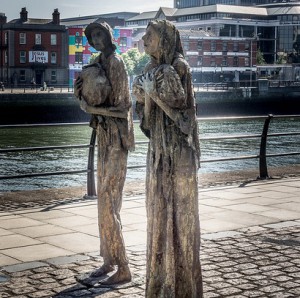 Ireland’s system of Direct Provision has recently been declared ‘unfit for purpose’ in a report by an Oireachtas’ Joint Committee . A Government Working Group Report has recommended substantial changes to it. The system houses those who arrive in the state seeking refugee status while their applications are been considered.

Established in April 2000, in response to an accommodation crisis which saw asylum seekers sleeping rough. The Direct Provision System (DPS) has accommodated over 53,000 people in the past 15 years but was only ever intended as a short term measure.

The DPS was designed to house asylum seekers, people seeking to be recognised as refugees, until their cases could be decided. Under international law, Ireland is obliged to take in and offer protection to refugees who arrive here. Should someone be acknowledged as a refugee by the State, they will be allowed to reside in the Republic of Ireland and be entitled to the same social protection that all other Irish residents receive.

The DPS was created to house and provide a basic level of care to asylum seekers for ‘6 months at most’, The system was established with the intention of being an efficient and humane way to process those coming to Ireland before their applications for residency were decided.

Protection applicants are given a bed, three meals a day, and are entitled to certain government services such as primary and secondary education and a medical card. They are also given a stipend of €19.10 per week for personal items. Applicants are expected to live in Direct Provision centres until their application for refugee status, subsidiary protection, or leave to remain are granted, at which point they are legally allowed to leave the DPS, although many find barriers to doing so.

Applicants may be allowed to become Irish residents in one of three ways. If their application leads them to be recognised as refugees then Ireland is obliged to take them as a signatory to the 1951 Geneva Convention relating to the Status of Refugees. A refugee is someone who harbours a reasonable fear of persecution in their country of origin due to an aspect of their identity, such as ethnicity, religious belief, or political opinion. People who do not qualify as refugees may still apply for subsidiary protection, the status of which derives from European Law. Though not a refugee, someone will be granted subsidiary protection should they risk facing serious harm such as torture or inhuman punishment, or generalized violence or war by being sent back to where they have come from.

Those who are not eligible for either of the above statuses may still apply for leave to remain, which allows the applicant to reside in Ireland. Leave to remain is granted when the Minister for Justice does not issue a deportation order to such an individual. Such an order cannot be issued when an individual is at risk of refoulement. The Irish State is committed to non-refoulement; a principle in international law that forbids the returning a victim of persecution to their persecutor.

Applicants can appeal decisions at each of these stages. In addition, all of the above processes, along with the implementation of deportation orders, can be subjected to judicial review should the applicant mount a legal challenge against a decision.

As of June 2015 there were 7,939 people in the different layers of the asylum process, 49% of whom were in the protection process (their application for either refugee status or subsidiary protection was pending), a further 42% were at the leave to remain stage and 9% were at the deportation order stage. 21% (1,667) of the total population of the system were children.

Asylum seekers are not required to live in direct provision and a number choose to live in other accomodatio with family or friends. In June, the number of asylum seekers in Direct Provision was 3,607 (45 %). In addition, a further 679 were still resident in Direct Provision even though their applications for leave to remain had been granted. The current housing crisis makes it difficult to deal with the problem satisfactorily.

The Working Group identified the length of time taken as the ‘single most important issue to be resolved’ with the system. They found several reasons for these delays:

The working group published their report on the 30th of June 2015. Its recommendations included