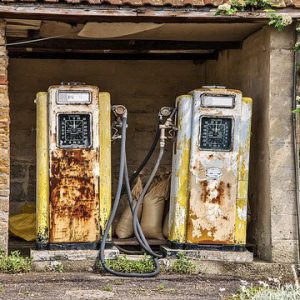 Excises on tobacco, alcohol and motor fuels are often termed the ‘old reliables’, as they are likely to generate stable tax revenue despite excise increases. This note considers a proposal to equalise the excise rate on petrol and diesel.

The transport sector accounts for the second highest share of Ireland’s greenhouse gas (GHG) emissions, after agriculture. The Environmental Protection Agency (EPA) expects transport emissions to increase by 10-16% by 2020. Thus, Ireland is expected to miss its EU emissions reduction target for transport.
In 2008, a new system for assessing private cars for VRT and Motor Tax was introduced for new vehicles. New vehicles are now taxed based on CO2 emissions. The transport sector emitted 11.3 million tonnes of CO2 equivalent in 2014 (2.5% increase on 2013). By 2020, it is estimated to rise to between 12.5m and 13.2m tonnes. The increasing size of the car fleet, as well as projected population increases, explain this increase.
In 2015, 121,110 new private cars were licensed (31% more than 2014). Diesel cars accounted for just less than three quarters of this total (71%). Changes to the taxation of cars from 2008 onwards resulted in a dramatic shift in consumer purchases in favour of diesel cars over petrol. See figure 1.
Figure 1

The role of Excise Duty

Petrol has an excise rate which is 26% higher than that of diesel on average across the EU 28. Ireland’s excise rate on petrol (58.7c) is seven per cent higher than the EU 28 average, while diesel is 9.7 per cent higher. If excise on diesel was to be equalised with petrol, Ireland’s excise on diesel would rank 4th highest in the EU, as opposed to 7th currently. The UK has no excise differential on petrol and diesel.

While diesel vehicles are more fuel efficient they have higher pollution ratios with regard to particular air pollutants such as Nitrous Oxide, Nitrogen Dioxide and Particulate Matter, and the excise differential in favour of diesel arguably does not capture these negative externalities.

The Tax Strategy Group paper examined an option to equalise excise duty on petrol and diesel by increasing the excise rate on diesel to the rate which currently applies for petrol (58.7c) incrementally by 2021. The increase in excise duty would attract VAT at 23 per cent. Equalising the excise rates over a 5 year period would yield, on average, an additional €66m per annum. The increase would be front-loaded as the highest percentage increase of 4.6% would occur in year one, and subsequently lower gradually. See table 1.