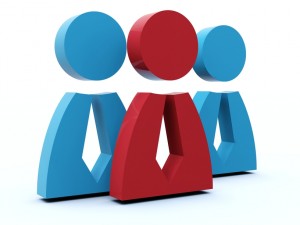 The gap between current Government spending and revenue as measured by the General Government Deficit in 2012 was over €13 billion (8.2% of GDP). We are committed to reducing this deficit under the EU Excessive Deficit Procedure to below 3% by 2015. The pay and pensions bill accounts for 35% of Government spending. If public sector pay and pensions were to be fully protected, the burden of adjustment would have to fall on non-pay current spending, capital spending or increases in taxation or some combination of these. While these items will have to bear a share of the necessary adjustment, putting the total burden of adjustment on these items would be either more economically damaging or socially regressive than putting some of the burden on pay and pensions. The proposed reductions in incomes over €65,000 are clearly progressive. However it is difficult to assess the impact of the reductions in overtime, premium pay and other allowances as the incidence of these will vary considerably in individual cases.

The Draft Public Service Pay Agreement provides for a reduction in pay for serving public servants on salaries of €65,000 or more. The reductions are as follows:

The Draft Agreement provides for payment of overtime at time and a half for those on salaries of up to €35,000 and at time and a quarter for others. The Sunday premium will be at a rate of time and three quarters reduced from double time.

Twilight payments are payments within normal hours for work between 6pm and 8 pm and it is proposed that these will be eliminated.

It is difficult to assess the impact of these measures as there is no data on the incomes of those who earn significant amounts of overtime and premium pay. Major categories of those affected include Gardai and Nurses2. Average pay including overtime and allowances net of pension related deduction of those paid from the Garda Vote in 2012 was about €53,000. The basic pay of Staff Nurses begins at just over €30,000 and rises to just over €42,000 at the top of the scale. The impact of the proposals in the draft agreement will vary depending on the incidence of overtime, premium pay and other allowances which could vary considerably in individual cases.

By way of comparison the standard overtime rate in the UK National Health Service is also time and a half with the exception of work on general public holidays which is paid at double time3. Sunday premium pay in the NHS is a double time for the lowest pay levels and reduces in a number of steps to time plus 60% for those in more senior positions.

The Government’s Medium Term Fiscal Statement sets a target of €5.1 billion in additional savings and revenue-raising measures to be implemented in the next two budgets. If there is no contribution from the public pay and pensions bill, we must get the savings from capital spending, non-pay current spending, or increases in taxation.

If the pay and pensions bill is to be fully insulated from reductions, cuts in non-pay current expenditure could affect items such as medical cards or social protection spending. These elements of public spending are already under pressure from having to bear their share of the adjustment. Further reductions would affect the most disadvantaged in society who depend disproportionately on public services and social protection payments.

Much depends on the taxes that would be increased. Increases in VAT or excises would be more regressive than reductions in public sector pay. One option might be to increase the top rate of income tax by 2 percentage points. This would yield over €400 million in a full year and go some way towards raising the net after tax yield of the public sector pay reductions.

Ireland already has the most progressive income tax system in the EU. This would put Irish marginal tax rates towards the top of the OECD league table. For example, only Belgium has a marginal tax rate of over 60% (60.9%) on a single person on 167 % of the average wage in 20114 . (The OECD average is 40.3 %).

In addition, OECD analysis suggests that increases in income tax are more inimical to job creation and economic growth than increases in property or consumption taxes5.

The median pay of all employees across the economy in 2010 was €28,669 (€32,507 for men and €25,334 for women)6. Thus the proposed public service pay reductions (other than in relation to overtime and premium pay) begin to take effect at a level which is over twice the median pay level of employees in the public and private sectors. While not wishing to diminish the sacrifices made by public sector workers to date, it is clear that most public sector employees are in the top half of the income distribution. Therefore, most alternative measures to the proposals in the draft public service agreement are likely to be more socially regressive or economically damaging.

Notes:
1Revised Estimates for Public Services 2012 , Department of Public Expenditure and Reform Table 7 Page 24
2OECD data suggests that nurses’ salaries in Ireland are over 25 % higher than the OECD average after adjusting for changes in purchasing power. Ireland ranks number 4 in OECD countries for nurses’ salaries after Luxembourg, US and Australia. There is no readily available data to show the relative salaries of international police forces.
3NHS Terms and Conditions of Service Handbook 2012
4Taxing Wages 2010-2011, OECD 2011, Table 1.18
5Taxation and Economic Growth, OECD Working Paper No 620, 2008
6Employment Earnings Inequality in Ireland 2006-2010, McCarthy et al for Publicpolicy.ie, November 2011