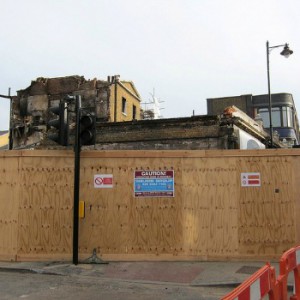 These arguments, which have been more eloquently expressed elsewhere1, ultimately failed to convince policymakers, who instead opted for a regime based on self-assessed residential property values. The advantage of this approach, which was recommended by the 2009 Commission on Taxation, the Inter-Departmental Committee on the Design of the Local Property Tax, and ourselves in publicpolicy.ie, is that generally home owners have a greater understanding of the market value of their homes than of the value of the site on which their home is built, which allows for an efficient administration utilising self-assessment. This factor was all the more significant given the pressure imposed by the fiscal crisis and the EU/IMF Programme to have the Local Property Tax up and running and contributing to the state coffers.

In contrast to the administratively simple system of residential property taxes, the taxation of commercial properties via Commercial Rates is complex. Rates are levied based on the “rateable valuation” of each property, or the net annual value on the date of valuation, which is determined by the Commissioner of Valuation. Each Local Authority decides the rate that is levied in its area on each euro of rateable valuation. For example, in Dublin City the rate on valuation is 0.256.

The valuation system has been criticised in the past for lacking transparency, and there is significant variation in the efficiency and rate of collection throughout the state2

Replacing this system with a Commercial Site Value Tax could potentially be simpler, fairer, more transparent and significantly more efficient in economic terms3. A change to a Site Value Tax would penalise the hoarding of commercial property for speculative purposes, particularly in urban centres where land is most valuable, in contrast to the current system whereby owners of vacant commercial property may have their Commercial Rates refunded. The reform could also be coupled with a transfer of the responsibility for collection of commercial property taxes from Local Authorities to the Revenue Commissioners.

3 This has been recommended by the National Competitiveness Council