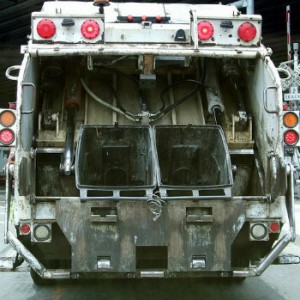 Ireland’s waste management has improved greatly over the last two decades. 92 per cent of its municipal waste went to landfill in 1995. This reduced to 42 per cent in 2013. EU waste policy has been central in bringing about this change. However, despite much progress Ireland faces challenges in meeting EU waste targets for End-of-Life Vehicles (ELVs) and Biodegradable Municipal Waste (BMW).

Initiatives underpinned by the polluter pays principle, double dividend taxes and waste minimisation practices continue to influence EU waste policy. Waste treatment in the EU has been progressively improving over the last decade, as Member States work to meet targets set under EU regulations. Environmental policy has sought to decouple waste generated from economic growth. Since the introduction of the Waste Statistics Regulation in 2002, Member States have been obliged to monitor and report on the life cycle of waste in their jurisdiction. Figure 1 indicates progress made in the EU 27 between 1995 to 2013 in decreasing the amount of municipal waste sent to landfill (-49 per cent), as well as the large increase in recycling (+ 163 per cent).

Environmental taxes have played a key role in driving progress in relation to waste management. The Irish landfill levy was introduced in 2002 at a rate of 15 euro per tonne of waste. Since July 2013, it has been set at 75 euro per tonne of waste; an increase of 60 euro over the period from 2002 to 2013. The sharpest increase in price occurred in 2011 when the levy went from 30 euro to 50 euro. The plastic bag levy – introduced in 2002 at a rate of 15 cent per bag – was increased to 22 cent per bag in 2007. The Environment Fund, established in 2001, comprises revenue generated from the plastic bag levy and the landfill levy. The Fund is used to encourage environmental awareness of waste management sustainability, recycling practices and education, amongst other initiatives.

Ireland has failed to meet EU waste regulations in the past. In a landmark case in April 2005, the European Court of Justice (ECJ) ruled that Ireland had contravened the Waste Framework Directive persistently under a number of articles1 . Challenges remain for Ireland over the coming years in meeting EU waste recovery targets and avoiding costly financial penalties 2. Table 2 below highlights the challenge Ireland has faced in meeting End-of-Life Vehicle (ELV) targets set for 2006, as they were not achieved until 2012. Likewise, there is a risk that reuse/recovery and reuse/recycling targets for ELV for January 2015 were not met.

Furthermore, in relation to municipal waste, the EPA has stated that there is a risk that Ireland may not meet the strict targets set for diversion of biodegradable municipal waste (BMW) from landfill by 2016. However, as shown in Table 3, Ireland did meet the BMW target for 2010, and preliminary data for 2013 suggest the 2013 target has also been met. Ireland received a derogation of four years on both of these targets.

Strict landfill licensing to limit the acceptance of biodegradable municipal waste, further extension of provision of brown bins to households, and additional increases in the landfill levy may be required to achieve targets beyond 2016.

1 Department of the Environment, Community and Local Government (2014)  – The Government continues to update its progress on measures it has and will take to satisfy the judgement made against it in Case C494/01.

2 The cost incurred by the State in addressing the issues identified in the ECJ ruling, up to November 2014, was estimated to be €159 million.