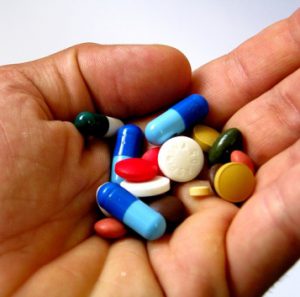 In July 2016, the Government and the Irish Pharmaceutical Healthcare Association agreed new conditions for the supply of medicines to the Irish Health Service. The new deal covers the period to 31 August, 2020 and may lead to savings of about €600 million over the next 4 years

The pricing, and the mechanism that sets this pricing, has been subject to increased levels of criticism in recent years, with drug costs in Ireland consistently remaining at the upper end of the European spectrum. Spending on medicines reached €1.7 billion in 2015, and was projected to increase by one third over the next four years as a result of increases in volume and the introduction of new medicines. The new Agreement is designed to control these costs.

Central to the new deal is a new pricing mechanism. Historically, the initial price of a new pharmaceutical in Ireland could only reflect the average of those in the nine EU Member States where the drug was currently marketed, with the understanding that as the new drug was made available in other Member States, then the price of the drug would be recalculated to reflect its wider availability. In practice, the price was adjusted less frequently in Ireland than in other countries. In fact, the evidence suggests that drugs were launched early in Ireland, such that most new Irish drugs are only available in the Member States of a small number of early adopters of new drugs – Denmark, Germany, and the UK – that have free or unregulated pricing and as a result relatively high drug prices, and that following this, there is only limited realignment.

The new pricing mechanism has several components, first it increases the number of countries in the reference basket used in price setting in Ireland from its previous nine, to fourteen, countries. The inclusion of these member states is expected to result in lower drug prices in Ireland. The new agreement provides for mandatory, annual, price realignments for all included medicines, unlike previous frameworks (1st August 2016, 1st July 2017, 1st July 2018 & 1st July 2019). The annual realignment is expected to reduce drug prices in Ireland in line with price reductions elsewhere.

Further cost savings are expected to accrue from non-phased reductions in the price of existing patent-expired medicines, which will fall to 50% of the original ex-factory price. Likewise, the biosimilar market makes up a further component of the framework, as biosimilar products enter the market, existing biologic medicines will be discounted by 20 per cent, with the rebate increased to 12.5%.

The framework agreement is expected to reduce the cost of medicines to the Irish taxpayer by about €600 million over the next four years.

The Agreement also provides for detailed arrangements for the approval by the HSE of new medicines. Timely and affordable patient access to new medicines could lead to better health outcomes. The achievement of lower costs for existing drugs should facilitate the HSE’s investment in new and innovative medicines for the benefit of patients in the future.

Tagged with: Cost of Medicines