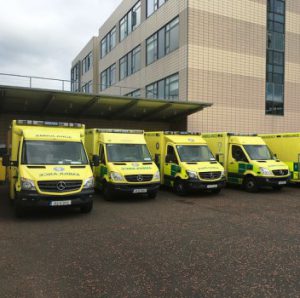 How is Healthcare Funded?

The System of Health Accounts1 provides information on health spending in Ireland in 2015 (the latest year available). Table 1 shows current expenditure on health in recent years.

Current health expenditure was €19.9 billion or 9.7 per cent of GNI in 20152 . The Government funded 70 percent of this amount with the rest coming from household out-of-pocket payments (15.2 per cent) and voluntary health care payments (14.8 per cent).

Figure 1 highlights current health expenditure by public and private sources over the decade to 2015.

Figure 1 shows that public expenditure between 2006 and 2015 increased by €3.1 billion or 28 per cent, private expenditure almost doubled by €2.9 billion or 93 per cent. The ratio of spending by the public and private sectors over the period is shown in table 2.

The change in public and private shares of health expenditure as a percentage of GNI is shown in figure 2.

Average health spending in OECD countries is 9% of GDP (compared with 9.7% of GNI in Ireland). Public spending in Ireland has fallen as a share of GNI in recent years. The level shift to the national accounts in 2015 has contributed to this. Health spending in Ireland appears to be relatively high by international standards given current age demographics. Ireland has the largest share of young people (0-14 years) in the EU 28 at 21% of the total population, and the lowest share of those aged 65 years and over at 13%3 .

1 The System of Health Accounts (SHA) was devised by the OECD and has been adopted for joint reporting of health care expenditure by the OECD, Eurostat and the World Health Organisation.

2 There was a significant increase in the level of GDP and GNP in 2015. This was driven by transfers of intangible assets (including licenses and patents) by a number of multinational enterprises. This affects year-on-year comparisons with GDP and GNP from 2015 as the denominator. The CSO is developing a modified Gross National Income indicator – to be called GNI* – which will be a more reliable indicator of economic activity in the Irish economy.