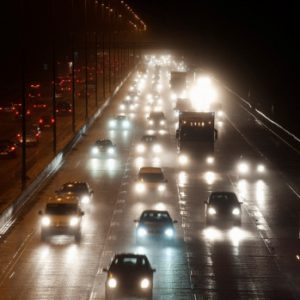 The carbon tax has collected over €2 billion in revenue since it was introduced in Budget 2010. There is scope to increase this and use the money to reduce other taxes.

The Carbon Tax was introduced in Budget 2010 on a phased basis. The tax applies to CO2 emissions from the non-ETS (Emissions Trading Scheme1 ) sector; mainly transport and heating.

Ireland has binding EU targets to reduce the amount of greenhouse gas (GHG) emissions produced by 20% in 2020 (relative to 2005 levels), and a target of a 16% share of renewable energy in final energy consumption. The carbon tax acts as a means of discouraging the combustion of oils, natural gas and solid fuels which contribute to GHG emissions, while also raising revenue for the exchequer.

Ireland’s target for 2020 is to reduce GHG emissions from the non-Emissions Trading Scheme (non-ETS) sector by 20% on 2005 levels. The non-ETS sector covers emissions from agriculture, transport, residential, commercial, non-energy intensive industry and waste sectors. For all but four Member States (Luxembourg, Ireland, Belgium and Austria) projected emissions in 2020 are below the domestic targets set under the EU Effort Sharing Decision.

Over the period 2013-2020 Ireland is projected to cumulatively exceed its compliance obligations by between 3 and 12 Mt CO2 equivalent. The cost of exceeding emissions by this amount could cost in the region of €60m to €240m (€20 per tonne of CO2 eq).

The electricity generating sector which is separately regulated by the carbon price set by the Emissions Trading Scheme (ETS) has the cap and trade scheme to provide a clear policy path towards a low carbon transition. The ETS is operated at EU level. The EU target is to reduce the emissions cap by 1.74% each year until 2020. From 2021, it is expected to reduce by 2.2% a year. In line with the reduction in the cap, the carbon price will progressively rise forcing industries in the ETS to pay an increasing price for their emissions and encouraging a switch to low-carbon alternatives.

Increasing the price of carbon by €5 would yield over €100m per annum. This would add about one per cent to the price of diesel and petrol. This revenue may be necessary to assist in paying financial penalties should the 2020 targets not be achieved.

1 The EU Emissions Trading Scheme (ETS) is the largest international system for trading greenhouse gas emission allowances. It covers more than 11,000 power stations and industrial plants in 31 countries, as well as airlines. The ETS operates on a ‘cap and trade’ basis.