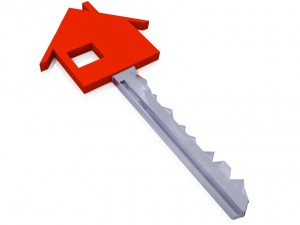 Given Ireland has experienced a massive housing boom and bust, it is of little surprise that many are now struggling to pay their mortgage. Reduced net incomes and higher unemployment has left many unable to service their mortgage. The latest Central Bank data on mortgage arrears for Q3 2012 shows that in total 135,628 accounts are in arrears on their mortgage. A further 43,742 accounts are not in arrears but have been restructured. Totalling these arrears cases and “pre arrears” cases you get 179,370 accounts which could loosely be described as “in distress”. This is almost a quarter (23.5%) of all residential mortgages.

Table 2 below shows that it is those who are most indebted are in deepest arrears.

Clearly, this is an important issue not just for the individuals involved, but it also has macroeconomic implications. A study from the Bank of International Settlements1 has found that excessive household debt can retard growth. While Irish household’s indebtedness will remain excessive for some time, there may be a macroeconomic dividend to giving those in extreme distress some certainty about their future debt obligations. Many have criticized the slow nature of progress in this area (Patrick Honohan, the Governor of the Central Bank of Ireland, described the banks as being “behind the curve” and that he was “not satisfied” with their response). Indeed, many mortgage holders have been waiting for a definitive resolution to their mortgage problem for some time now. With the introduction of the Personal Insolvency Act 2012, these mortgage holders may now see some prospect of definitive resolution to their mortgage problem.

While the buy-to-let sector is smaller than the residential mortgage market, there are significant problems here, too. 34% of accounts could be categorized as “in distress”, and these problematic mortgages account for 43% of the total balance on the mortgages. While many of the issues affecting the principal dwelling mortgage holders are applicable to buy-to-lets (rising unemployment, reduced net income) there has also been a substantial decrease in the rents received by these mortgage holders, which many are reliant on to service the mortgage. While there has been something of a stabilisation in rents particularly in urban areas, this comes after rents falling by over a quarter from their peak2 .

The current response from the banks has been one of extreme forbearance. There has been limited write down of mortgages and only rare cases of repossessions. Banks have focused to a large extent on restructuring mortgages. Restructuring has so far consisted of moving borrowers on to interest only payments, reduced payments, arrears capitalisation and payment moratoriums. These measures are designed to help the mortgage holder through a period of difficulty before they can resume paying the full amount. Implicit in this approach is a belief that the mortgage holder will be capable of servicing the mortgage at some stage in the future. It does not address the main issue for many in mortgage distress: an unsustainable level of debt. It is also interesting to note that only 28% of mortgages in arrears have been restructured.

The other important element of the legislation is the introduction of Personal Insolvency Arrangements. This will be applied in cases where someone with secured debts of less than €3m is unable to service the loan. The arrangement works along these lines: a Personal Insolvency Practitioner mediates between the bank and the debtor and then suggests what he/she deems an affordable amount for the debtor to pay per month. If both sides deem this arrangement to be acceptable, then the debtor pays the agreed amount for 5/6 years. After that period the debt is written down to an affordable level for the debtor/mortgage holder. This arrangement has a lot of desirable features: the mortgage holder eventually gets their mortgage written down to an affordable level and has some light at the end of the tunnel, the mortgage holder stays in their home and the bank will be assured of receiving a more sustainable stream of payments.

Inevitably whenever write off of some mortgages is suggested two issues arise: moral hazard and who is going to pay for such a scheme. Firstly, in terms of the moral hazard issue, the mortgages that would be written down in the Personal Insolvency Arrangements would be ones where the debt is deemed to be excessive or unserviceable for the foreseeable future. The notion of strategic default has been mentioned, with the implication that those that can pay will refuse to pay in order to secure a write down in their debt. It seems that there will be limited scope for people to do this under the Personal Insolvency Arrangements, as the debtor will be assessed based on their ability to pay, not their previous payment history.

In terms of how the losses on these mortgages will be paid for, the banks have already accounted for substantial losses on mortgages and have therefore been recapitalised by the state. The most recent stress tests of the banks’ loan portfolios3 estimate losses for Irish banks on mortgages to be €5.8bn to €9.5bn over a three year period and €10bn to €16.9bn over the lifetime of the loans. It is important to note that the Irish banks were recapitalised on the basis of these estimates and hence the recapitalization was deemed sufficient to cover these expected losses. Clearly any blanket scheme would incur significant extra costs to the taxpayer.

It is clear that a significant number of mortgage holders are struggling to meet their repayments. The issue of having too much debt is not just a short term problem of a temporary dip in earnings. Irish households have suffered a permanent fall in incomes which has rendered the debts they incurred during the good times unsustainable. The banking response has been one of restructuring and reducing payments now, in the hope that mortgage holders will be able to service their debts at some point in the future. However, excessive debt acts as a drag on growth and increases uncertainty for households. From a public policy perspective, it is desirable to realise inevitable losses on unsustainable mortgages sooner rather than later so as to hasten the return to normalcy in the financial sector. The Personal Insolvency Legislation provides a framework for this.